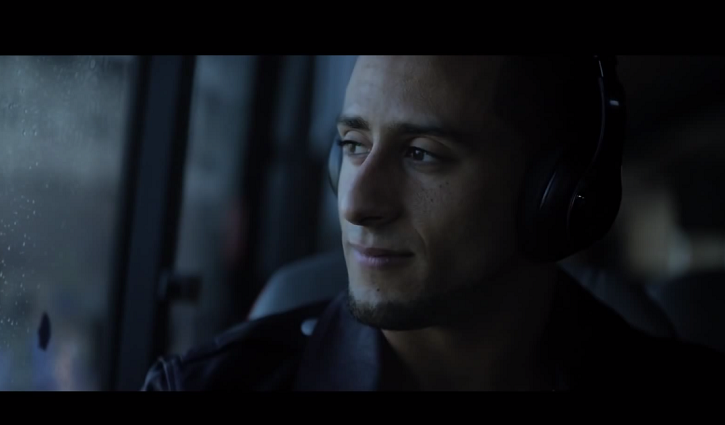 Protesting is hard. It is also isolating. But, it gets even more complicated when money is involved.

At several points in my life, I have found myself unsupported by others who had previously indicated that they were fed up with the unjust treatment they were facing. When I took a risk by speaking up about those conditions, they clammed up, lied, and completely abandoned me out on the limb I had climbed for them. That usually resulted in the whole protest becoming my cross to bear when those who shared in my concerns couldn’t speak on it for fear of repercussions. This is precisely the conundrum facing 49ers quarterback Colin Kaepernick, his peers, and his protest of the national anthem, just on a much grander scale.

Kaepernick has been peacefully protesting the national anthem for months now. He has faced harsh criticism and lots of speculation about the impact the protest might have on his endorsement deals with major companies like Apple-owned Beats by Dre and Electronic Arts, best known for its Madden brand of video games.

Unlike me, raising eyebrows and pissing people off in Corporate America or the academy, Kaepernick’s role as the lead of a winning football team makes him a primary focus of the public’s eye. Simultaneously, it puts him in a complex and vulnerable position: he is at once working for a corrupt super structure predicated on the exploitation of predominantly Black and Brown men and the poster child for major companies seeking to further their brands by associating themselves with his winning image.

In some ways, he is the master of his financial fate, but, in most others, he simply is not. These tenuous ties to capitalistic organizations hampers his full autonomy and agency, making him both master and subject of his own political existence. While this is a positionality that I empathize with, part of me wonders if the focus on his lack of financial power and its controlling force on his public and private behavior should be seen as a liability rather than an asset.