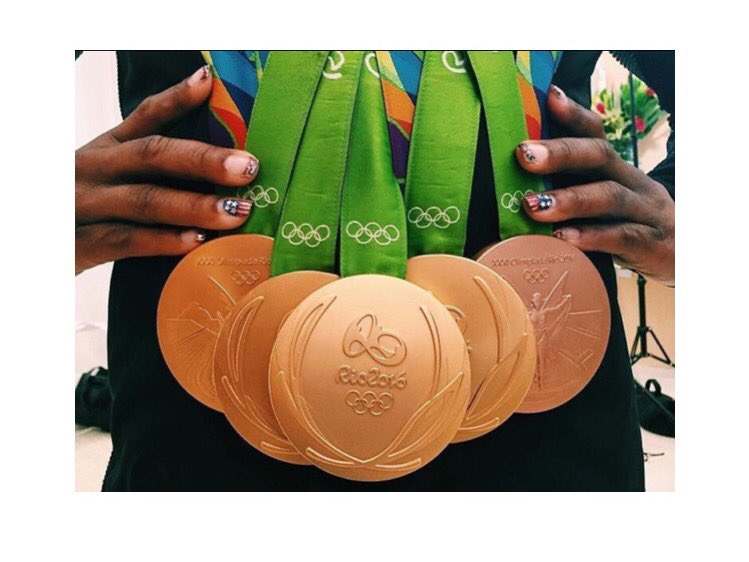 Over the past two weeks, I have watched Black girl after Black girl medal in the 2016 Summer Olympics. Simone Biles has dominated gymnastics. Simone Manuel did the same in swimming. Michelle Carter won gold in shot put. And, while I felt immense pride watching each of them claim victory in their respective sports, I can’t lie and say that I wasn’t conflicted about it all.

Being Black and woman in the United States at this moment of history presents a unique set of challenges and hardships that cannot be easily conveyed. In the past few weeks, the violent deaths of Korryn Gaines, Joyce Quaweay, and Skye Mockabee make that point indelibly clear. But, I can’t imagine having to endure the kind of systematized, and institutionalized racism we do each day in addition to having to represent this very country abroad in ways that push one’s body beyond the physical and mental capacity most humans can ever hope to muster.

This isn’t the first time Black people have successfully defended the United States’ winning record in the Olympics only to come home to the brutal reality that blackness is criminalized, rooted out, and annihilated as a functional mechanism of this country’s existence.

In 1936, 18 Black athletes (including Jackie Robinson’s brother) competed in the Olympic games in Hitler’s Nazi Germany. During that tournament, they lived in a racially-integrated Olympic village only to come home to racial segregation in the United States.