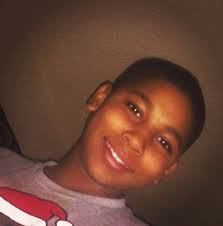 There is something about life that changes when a person becomes a parent. Specifically, for the person who carries a child and brings them into this world, the resulting event is far greater than just a physiological change. For me, I became a different person after having my first child, my oldest son. As a Black mother of Black children, I started a process of frequent mourning that I simply wasn’t prepared for.

The very publicized deaths of Black children have been constants throughout the building of my family.

My oldest son was three years old when 7-year-old Aiyana Stanley-Jones was murdered in her living room while napping next to her grandmother. When 17-year-old Trayvon Martin was killed, I had just welcomed a baby girl. And, when 12-year-old Tamir Rice was killed in cold blood in November 2014 by Cleveland police officers, I was still nursing my third child, another boy. As these Black mothers were mourning the losses of their babies, I was doing my best to preserve and protect my own amidst the constant reminder that they could be taken from me at any moment.