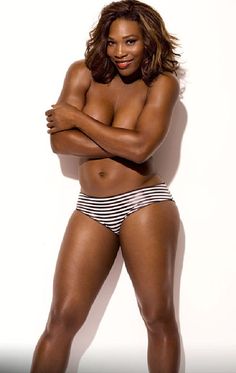 Few things personify white privilege more than the erasure of Black women’s bodies from the public sphere. Evidence of this fact can be found in the reactions to Serena Williams’ recent Wimbledon title and the faux outrage at Amandla Stenberg’s commentary on Kylie Jenner’s culturally appropriated cornrows. In the face of these obstacles, an important question we must ask ourselves is: Where does the Black woman’s body belong?

Serena Williams – arguably the best tennis player of all time – has been insulted, diminished, erased, and disrespected since she started playing the sport professionally nearly two decades ago. A recent New York Times article describing her body as “muscular” and questioning her womanhood is just a glimpse into the insults she has had to endure over the years. From racism and sexism to transmisogyny and flat out hatred, she has had to experience a myriad of criticisms just for existing in professional tennis while Black and female. The road to loving herself wasn’t easy.

But, Williams learned to do it despite the hate she continually faced from white critics, coaches, commentators, and fans.For Williams, her body belongs precisely where she has been all along: on the tennis court. While efforts to erase and exclude her from that predominantly white space prevail, she has been crystal clear that she both deserves and has earned the privilege to be there no matter how threatening it is to systems of white superiority.

Read more at For Harriet.