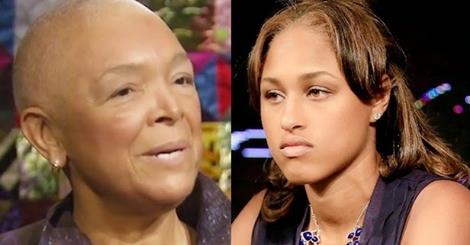 “If your intentions were to hurt us, embarrass us, make us feel alone, take all happiness away, you’ve succeeded on so many levels.” —Janay Rice

This was Janay Rice’s response to news media outlets following the viral video of her then fiancé, Ray Rice, brutally punching her, knocking her unconscious, and dragging her out of an Atlantic City hotel elevator. Her focus on the role the media played in her re-victimization preceded but is eerily similar to Camille Cosby’s response after the recent surge in mass media coverage of her husband, Bill Cosby, and his litany of sexual assault allegations. Her response that “there appears to be no vetting” of her husband’s accusers indicts the media rather than placing blame on Bill Cosby himself.

The similarities between the two women’s responses make it difficult for mass media to advocate for Black women who are abused by prominent Black men while respecting their rights to privacy. More importantly, though, these women’s statements show that the news media has work to do to gain trust from Black women.

Camille Cosby questioned the verifiability of her husband’s accusers rather than his propensity to abuse others. The tenor of her response – and her comparison of his accusers to Jackie, the woman at the center of the UVA story in Rolling Stone – set a tone which urges the public to believe Bill Cosby (the man we “thought we knew”) and disbelieve the women who have come forward (women we don’t know). Her focus on the media’s need for viral content led her to even ask, “Who is the victim?”

Read the full article at For Harriet.