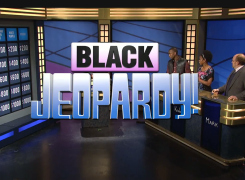 What’s a ‘coondoggle?’ It’s when a boondoggle is initiated by people who are cooning. A secondary definition of it is Saturday Night Live writers’ weekly attempt to make black stereotypes funny. Well, funny in a general sense – not just to white people. Really, the rest of the show isn’t that funny either so we think it’s time to go ahead and put it out of its misery.

We’ve done our fair share of covering the perennial Saturday night comedy show. First, the 39th season opened with a gang of new (all-white) castmembers. Then they tried to make up for it by having Kerry Washington host and play a slew of black characters (offensively). Next, they cast Sasheer Zamata after a “black female only” casting call. And finally, they added two black females to the writing staff. Amongst all of this, we debated whether to continue watching the show. And, we decided to give it one last chance.

Since then, SNL has become more and more of a weekly coondoggle and black people are usually the butt of the joke. With Kenan Thompson, Jay Pharoah, and Sasheer Zamata, Lorne Michaels has managed to meet the call for more diversity he was burdened with after Maya Rudolph left. Yet, having a representative comedic and writing staff has done little to nothing about the piss-poor, basic writing which constantly depicts black people as the worst of ourselves.

The most recent example of this was “Black Jeopardy”, a skit in which three contestants, 2 black and one white, answered questions meant to be tailored to black folk. These questions painted blacks as chronically late, poor, and simple-minded. This, in the same night that Louis CK opened with a joke about ‘starving kids in Africa’ to make a point about Americans’ lack of perspective. Score one for SNL.