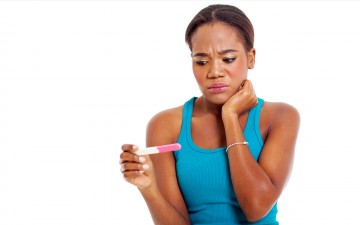 As I sit here gazing at my newborn son, I can’t help but reflect on my experiences in parenting over the years. Having given birth to three beautiful children, I have spent almost three of my seven years in corporate America pregnant. It hasn’t been easy. It has been extremely difficult. But with Congress recently introducing the Family and Medical Insurance Leave (FAMILY) Act—mandating paid leave insurance for workers— it seems our political leadership may be taking these struggles more seriously.

A placement counselor once mentioned to me that the automobile company I was interested in would want “foot soldiers” as opposed to people who were interested in starting families. I then imagined myself wearing Army fatigues in a sea of cubicles tucking and rolling over to the printer station. No, I was not a “foot soldier” if that was the criterion. When that company made me an offer, it was one I definitely could refuse. I was married and I believed I had the right to start a family whenever I wanted. Who were they to tell me I wasn’t “soldier” enough?

After suffering a miscarriage that year, I unexpectedly became pregnant again. I had already interviewed at several companies and not working simply wasn’t an option for me. So, I started my first job in an industry that I thought would be the perfect fit for an expectant mother. I trudged around attempting to look normal for three weeks until I had no choice but to tell them I was three months pregnant. I could sense the disappointment from pretty much everyone.