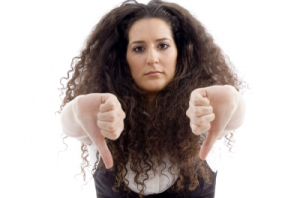 Race in America is often discussed in a continuum of black and white. One’s worth is measured by one’s simultaneous distance from blacks and closeness to whites. One group that likely finds itself pulled in either direction on this linear structure is Latino Americans. Often clumped into race conversations as the “brown” to our black, Latinos face wholly different social and economic circumstances than blacks. Not only that, they have a range of socio-political issues which can draw them toward blacks and away from whites. But, in an attempt to distance from blacks, Latino Americans sometimes embody the very same racial animus some whites show toward black Americans. When that happens, we all lose.

Saturday was an atypically cold day in the sunny SoCal city of Orange. My children, husband, and I decided to go catch breakfast at a local diner we have eaten at at least 100 times. The place was surprisingly packed from front to back. We were toting two little ones and an infant in a car seat. So, we were obviously laden with parental responsibilities – along with a giant diaper bag and bejeweled princess backpack for the two-year-old. While I have previously written about the negative reception I have gotten from unwelcoming white folks in the OC, today’s gazers, avoiders, and repugnant face-makers were all Latino women.

When we entered the restaurant and added our names to the waiting list, there were two open benches. I told my husband, “Let’s sit down over here” while walking toward the seat nearest the door. I was no more than three feet away when a Latino young lady turned, and raced toward the seat. As intended, she beat me to it. Snarkily, I said, “Well, nevermind.” Since we were already walking in that direction, my husband and I stood next to the seat organizing ourselves and children. The young lady, so concerned that we wanted to share the four-foot long bench with her, scooted to the middle, sat her purse down next to her, and put both hands out on the bench beside her. We definitely got the message; she was waiting for others and she didn’t want us to sit on the bench.