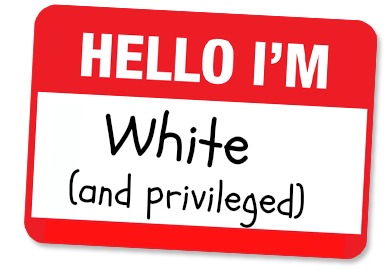 Since starting this blog, I have encountered a range of responses from readers. From the “I’ve been there so thank you for doing what you do” responses to the “Why do you keep talking about race?” comments, I have a broad swath of patrons.

One thing I see my white readers continue to struggle with is the notion of white privilege. Many can’t understand how they are privileged if they aren’t on Bill Gates status. So, I figured it was time to lay it out plainly just to clear up some confusion.

There is a rumor out there that if you aren’t white AND rich then you don’t benefit from white privilege. That couldn’t be further from the truth. White privilege isn’t a system of direct monetary transfer. It is a structural societal process wherein the white identity is the benchmark. Via private enterprise, educational opportunity, environmental barriers, and the US justice system, the majority (white) standard of what is good, meritorious, and “normal” automatically rewards whites for simply fitting the mold.

The justice system is especially blatant about these benefits. This is seen when states like Florida where Ricky Eugene Patterson was sentenced to life in prison for possession of a handful of crack cocaine while US Representative Trey Radel (R) got to return to Congress (with his job intact) and only a year of probation after purchasing 3.5 ounces of powder cocaine from an undercover cop. Patterson recently received a pardon from President Obama commuting his excessively harsh sentence. There was no direct transfer of monetary benefits here but it is clear that life in prison and a felony charge would have monumental economic impacts on someone like Patterson. Rep. Radel received what is akin to a slap on the wrist for a similar offense. And he still gets to collect a paycheck from the American people.

American Capitalism is not blind. Neither is the justice system. The ‘good ol’ boys’ still reign supreme in every facet of public life. That’s nothing short of white privilege.