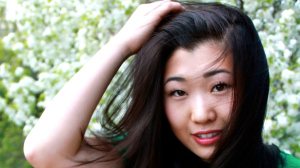 One of the most dangerous byproducts of this age of new media is apathy. In this era, far too many people underestimate the power of social media. Conversely, far too many others abuse it. There just isn’t enough people floating in between. And, when it comes to what many call “hashtag activism” – better known as just plain old activism – social media has been the weapon of choice for many heteropatriarchal anti-acitivists seeking to stifle the grassroots work mainly led by women of color.

We have seen several attacks on women of color this year at the hands of virtual bullies and anti-activists. Namely, Suey Park – best known for creating and amplifying the hashtag #CancelColbert – and Jamilah Lemiuex – Senior Editor of EBONY Magazine.

I first came into contact with Suey Park via her “hashtag activism.” Seeing her work on Twitter drawing attention to the sociopolitical inequities for Asian Americans and Indigenous Americans immediately broadened my personal understanding of the complexities of anti-blackness and interracial animus. I wanted to interview her specifically about her opinions on Asian and African American coalition building. That interview fell through but ended up happening just a few days after her #CancelColbert hashtag went hyper-viral. In those few days, I watched be Park threatened with rape, murder, and other physical violence. I saw some of the most vile Orientalism epithets in her mentions. And, I watched as Park fended off psychopaths whose commitment to white male satire outweighed their humanity.