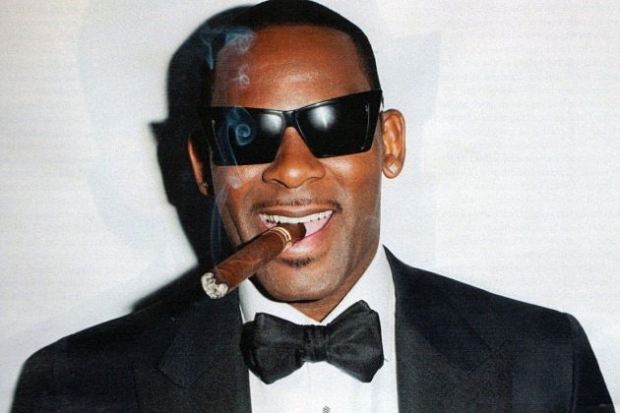 Just putting a picture of this child-raping ingrate on my site makes me want to vomit. But, I am going to soldier through this because some things need to be said. R. Kelly is a rapist. He is a pedophile. He has preyed (and may still prey) on the demographic least acknowledged in this country: black girls. Not only that, for over a decade, he has still enjoyed success in the music industry despite the countless numbers of young ladies who have made allegations against him. Frankly, I am sick of it.

A few days ago I made this proclamation on my Facebook page.

“If anyone on my timeline says a word about copping that new #RKelly album you will be unfriended, unfollowed, and otherwise banned. #notplaying#tryme“

And, while I gave no reasons for that declaration in the body of the post, I have now come to the conclusion that the best defense against a serial rapist like R. Kelly is a barrage of negative press outing him for the vile less-than-human that he is. This is not going to be an easy read so just mentally prepare yourself now. And, you should probably read this while sitting. Grab a glass of water or something too. Okay. Now proceed.

An interview posted this morning on The Village Voice by Jessica Hopper details the tireless work from Jim DeRogatis’ Chicago Sun-Times while reporting on R. Kelly. In the very detailed interview, the two reporters discuss a host of things. They cover R. Kelly’s marriage to, then fifteen-years-old, Aaliyah. They discuss the rape video which went viral wherein R. Kelly instructed a pubescent teenager on what positions he wanted her to assume while he ejaculated and urinated in/on her. The interview exposes the truth about the “dozens” of young women and girls who were paid hush money to keep R. Kelly out of court on rape charges. And, how some of them even attempted suicide after their victimization by the singer.